TWITCHERS were overjoyed after a rare bird was spotted in Spain for the first time after apparently drifting thousands of kilometres off course.

The Bateleur eagle  – which is usually found in Sub-Saharan Africa – was identified by bird-watchers on a headland near Algeciras.

The species is listed as ‘near-threatened’ by conservation group IUCN, with estimates suggesting there could be as few as 10,000 of the birds left in the wild.

The bird is believed to be the first of its species to cross the Sahara Desert.

Known as the ‘tightrope walker’ due to its appearance of catching its balance while flying, the Bateleur belongs to the same family as buzzards and kites and is identified by its distinctive red beak and legs. 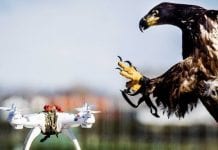 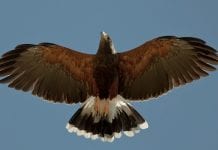