A BRITISH pensioner who inadvertently signed away his right to a hip replacement within 180 days is warning other expats not to make the same mistake.

Brian Flude, 68, was told in January 2011 he needed the operation for his ‘bone on bone’ left hip, and in June was put on the waiting list at Malaga’s Virgen de la Victoria Hospital.

Under Junta law, decree 209/2001 states that if patients are waiting over 180 days for this type of surgery they can arrange for private treatment, which will later be reimbursed.

After waiting almost a year, the former consultant engineer enquired about his right to claim under the decree.

But to his surprise, he was presented with a document from June 2011 bearing his signature, stating he had ‘refused’ a centre offered to him – and therefore lost his right to claim.

“I hardly recognised the document, but when I thought back I remembered signing it,” said Flude, who lives in Pizarra.

“At the time I thought they were giving me a choice of centre for my operation. I chose Virgen de la Victoria because it’s near my home.

“I didn’t realise that I was opting out of the right to be seen within 180 days. There is no way I’d have signed if I’d known.”

He continued: “My interpreter hadn’t turned up that day and my wife, who speaks better Spanish than me, was away. But I’m very angry and can’t help thinking it is a little underhand.

“I think even a Spaniard would have the same problem. It was all very confusing,” he added.

“If only I’d had the gumption to ask what I was signing. I would advise other expats never to go anywhere without an interpreter they can trust.

“My whole quality of life is miserable,” added Flude, who moved to Spain from Hampshire 10 years ago.

“I am taking above the recommended level of daily painkillers – which are now affecting my stomach.”

A hospital spokesman confirmed: “Mr Flude rejected the hospital offered to him therefore the degree does not apply.” 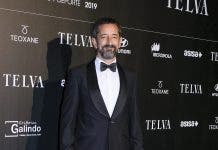 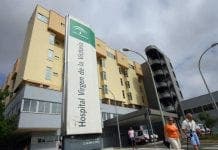