IT was labelled the biggest flop in BBC history.

Yet, 20 years later and soap opera Eldorado is rumoured to be making a comeback.

The defunct soap – which has more than recouped its outlay of €12 million through re-runs and sales abroad – could be re-shot in Spain.

The ‘sunshine soap’, which was based on the lives of a group of expats living on the Costa del Sol, has been subject of a massive comeback campaign.

It has led to BBC Director General George Entwistle, 50, being flooded with emails asking for the show to be re-made.

A string of BBC staff have added their support to the campaign which was launched by former soap cameraman Paul Davis.

Incredibly the €2.2m set is still largely intact in the hills above Coin. 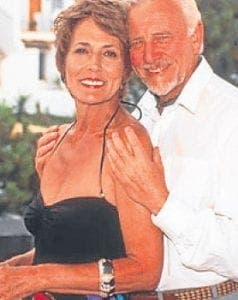 One BBC member  told the Daily Telegraph: “There are a lot of us who want Eldorado back.

“It was given the chop too quickly and the ratings weren’t that bad and were stabilising just when it was axed, so a lot of people are emailing the new director general to let them know we want it back.

“If he is brave enough to bring it back I think he will see record audiences.”

He continued: “A lot of BBC staff who were around in the 90s have a soft spot for Eldorado and there is mounting pressure for it to return.

“We also get quite a lot of letters and emails from viewers. Give it a few years and I can see it returning.”

A spokesman for the BBC said, however, that there were no plans for the soap to return at present.

Alex Trelinski - 8 Dec, 2022 @ 15:45
VALENCIA has failed to become the 2022 European Capital of Innovation after it was beaten by Marseille. The announcement was made during an awards ceremony...