SNEEZING fits and streaming eyes could soon be a thing of the past for hay fever sufferers following the creation of genetically modified geraniums.

The pollen-free plants, developed by Spanish scientists, are engineered to live longer and pose no risk to natural varieties because they are sterile.

The modified plants will allow the estimated six million hay fever sufferers in Spain to enjoy their gardens without worrying about the thousands of grains of pollen each plant is capable of producing.

“The use of engineered male sterility will be especially useful to eliminate pollen allergens and the plants are likely to be popular with both recreational gardeners and producers,” said a spokesman for the Institute of Molecular Biology in Valencia.

Geraniums have been grown in Europe since the 17th century and are now one of the most popular garden flowers in Spain.

The development comes just months after an ‘allergy-free’ garden was showcased at Chelsea Flower Show. 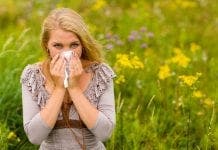 HAY FEVER EPIDEMIC: Expert reveals why your allergies seem much worse in Spain this year 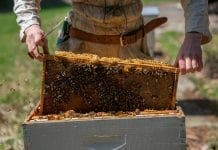 HAPPY BEE-DAY: Bees are disappearing across the planet and Spain, could we be on the brink of ecological Armageddon? 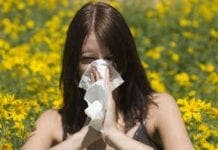