AN incredible 60% of Olive Press readers are confident speaking Spanish, while a third of them claim to be fluent.

They are also a well-travelled bunch – going abroad at least twice a year – and like to eat out, on average two times a week.

These are just some of the interesting findings that came out of our in-depth readers’ survey undertaken during the summer. 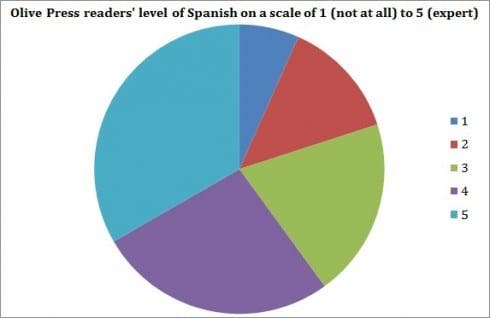 Out of a study of over 600 readers the vast majority of them (70%) were able to pick up the paper ‘easily’ or ‘fairly easily’, whether on the Costa del Sol or inland.

Some 55% of them were women and the majority read the paper for up to an hour, with 17% spending over an hour.

The most popular sections were the news, culture and food and drink sections, with the travel and features sections following closely behind.

While British, American and Irish readers comprise about 65% of our audience, non-British readers came from Scandinavia, Germany and Holland.

Around 15% are Spanish, while the website regularly gets visitors from China, Puerto Rico and Venezuela.

Some 69% of our readers visit the website from time to time while 47% download the paper online. Some 7% came in via our phone ‘app’. 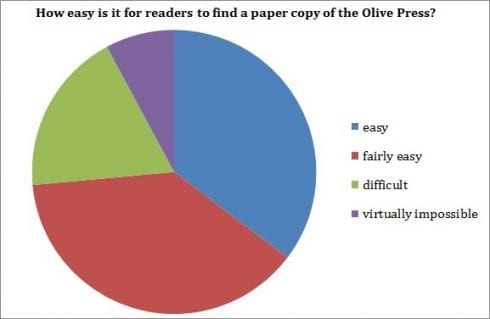 Readers are generally pleased with the ‘informative’ and ‘diversified’ style of the paper, while they described the website as ‘easy to navigate’.

Many said they would like to see a crossword in the paper while others would enjoy reading a fashion or book section.

Thanks for all your replies, we will certainly try and adapt the paper as best as possible over the next few months. 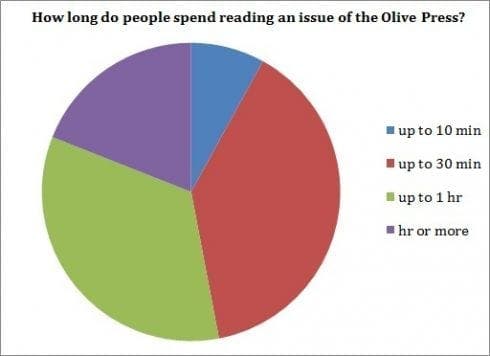 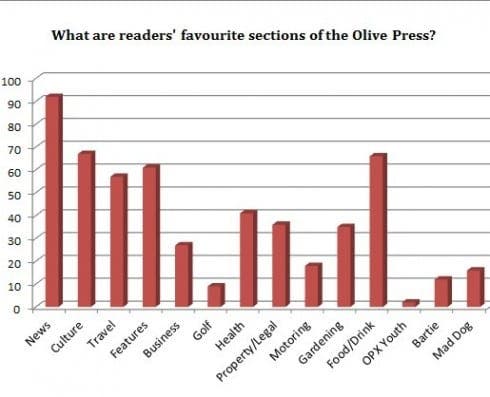