SPANISH lenders will be able to transfer tricky real estate assets into a so-called ‘bad bank’ at staggering discounts of up to 80%, it has been revealed.

The fund – known as Sareb – will absorb property loans at an average discount of 46%, while finished projects will be cut by 32.4% and loans to finance urban land by 56%.

In total, €45 billion of ‘toxic’ real estate is expected to be shifted into the new fund from four nationalised banks, including Bankia – which has lost €7 billion this year.

It comes as Spain’s GDP fell 0.3% in the third quarter of 2012 and retail sales dropped by a massive 10.6% year-on-year in September, according to the National Statistics Institute.

Spain’s economy is now 1.6% smaller than at the same time last year, while inflation and unemployment continue to rise.

The country’s unemployment rate currently stands at just over 25%, but this figure soars to 35% in Andalucia, with Jaen facing a staggering 39%. 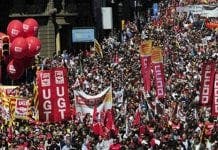 Thousands turn out for Mayday protests across Spain 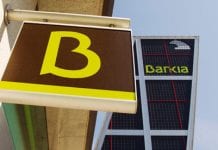 Bankia back on track 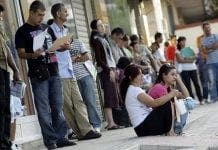