SIR Mark Thatcher, the Marbella-based son of former British Prime Minister Margaret, is one of thousands of expats implicated in an offshore banking scandal.

British expats are to be investigated after a list of HSBC’s offshore clients caught the attention of HM Revenue and Customs (HMRC).

The file contains over 4,000 names and is believed to be linked to over €870 million hidden in the tax haven of Jersey.

Thatcher, who has a multi-million euro villa in the exclusive Madronal development, near Benahavis, has also been fingered.

The list is the latest in a string of financial leaks from some of Europe’s most controversial tax jurisdictions as austerity measures continue.

Last month Greek journalist Kostas Vaxevanis was arrested for publishing the names of prominent tax dodgers, while this week German tax investigators searched the accounts of hundreds of UBS’ clients.

“The sharing of financial data between authorities and institutions is increasing dramatically and is likely to continue as authorities seek to recover as much tax as possible in times of austerity,” explained Olive Press financial columnist Richard Alexander.

He added: “Utility companies are even said to be providing usage data to demonstrate which people are permanent residents here.

“It is clear the days of trying to stay under the radar in Spain are gone.

“People must declare everything they should if they want to sleep at night.”

Taxation specialist Peter Howarth says Hacienda – the Spanish tax authority – has started to clamp down on all forms of income from overseas.

“A number of clients have reported receiving letters about their offshore bank accounts. It is the first time we have seen Hacienda using information supplied by a tax haven to pursue tax on undeclared income.

“For countries under pressure to shore up their public finances, tax evasion is a logical area to target.”

HMRC warned it would ‘come down hard’ on tax evaders and urged anyone banking in Jersey who has not made necessary disclosures to do so immediately.

“We can confirm we have received the data and we are studying it,” HMRC said in a statement.

An amnesty was announced earlier this year which allows expats in Spain to declare hidden assets and face a fixed penalty of 10%.

The amnesty, which comes to an end on November 30, also offers immunity against criminal and civil penalties. 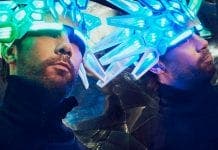 RETURN OF THE SPACE COWBOY: Jamiroquai coming to Marbella for this summer’s Starlite Festival