A PARAGLIDER has narrowly avoided being electrocuted after spending four hours dangling from a high-voltage power line in Granada.

The Spaniard screamed for help as he hung 100m above horrified onlookers while waiting to be rescued.

The man, known only as Pedro, thought he was finally safe when a helicopter appeared, only to be told it was too dark for the rescue crew to work safely.

The man was eventually brought back to the ground when a mountain rescue crew used a crane and cable later in the evening.

The A-395 leading to the Sierra Nevada ski resort was temporarily closed and several parts of Granada suffered power cuts.

The extreme sports enthusiast was treated for shock and exhaustion. 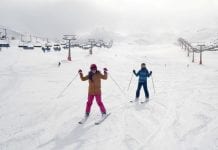 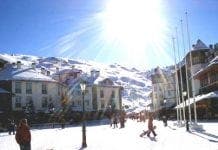