The striking painting of Saint Peter, by Domenikos Theotokopoulos – better known as El Greco – sold at Bonhams auction on Friday with a €74,442 starting price.

Director of Old Master Paintings Andrew McKenzie said the ‘cautious’ price tag had been attached because of the ‘notorious difficulties’ in distinguishing authentic works from workshop variants – which basically means nobody is 100% sure it is a real El Greco.

“We are delighted with the outcome,” he said.

The Renaissance painter, sculpture and architect was known as a master of Spanish painting, whose individual dramatic style met with hostility from his contemporaries but has seen new-found appreciation in the 20th century. 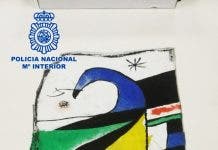