A BRITISH holidaymaker who failed to return from a hiking break in Spain almost two months ago has reportedly been sighted.

Robert Golden, 54, from Sussex, arrived in Sevilla on November 5 and was due to return two weeks later.

He had told a friend he was planning to hike parts of Granada, Cordoba, Cadiz and Jerez, all in Andalucia.

But now Sussex Police are getting increasingly concerned after he was reportedly sighted 400 miles away in the town of Benissa, near Alicante on December 28.

“We cannot verify the reported sighting but we are getting increasingly concerned for Robert,” said Detective Inspector Rob Walker.

“We are in liaisons with the British Embassy and are issuing an appeal to the media in Spain.”

The IT worker has been described as a keen walker and was travelling with a large backpack.

He was reported missing on November 23 and has not used his bank cards since November 8.

His brother Barry Golden said: “I’m really worried. I’m really missing him and want to see him back home.

“Robert loves walking and the outdoors. It is worrying that he can be away for that length of time and not use his bank cards.”

He added: “I wonder what he is living on?”

Anyone who has seen Robert please contact newsdesk@theolivepress.es or call Sussex Police on 0044 1273 475432 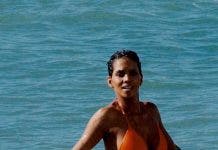 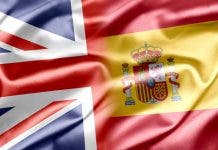 Kirsty Mckenzie - 4 Mar, 2021 @ 16:15
SPAIN could create a ‘green corridor’ to allow vaccinated Brits into the country if there is no EU agreement on vaccine passports,...