MY life was fairly standard before moving to Seville.

I went to work, sweated it out in the gym three times a week, shopped in Sainsburys as well as other well known supermarkets, hung out in the various gastropubs that abound in and around London town and the rest of the time was spent on the sofa watching TV, which had somehow risen to the dizzy heights of becoming one of my past times. And yes, I was bored.

And so I left and came to Andalucia, first to the Sierra de Aracena, and then to Seville. Ok  while inevitably there are the odd moments when I’ve craved the familiar comfort zone that I’d left,  in all honesty, I’ve never looked back. And this has partly been due the series of surreal and out-of-the-ordinary situations that I’ve found myself in. What I love is that you never know where a seemingly innocuous conversation or introduction can lead you. In the last six months I’ve found myself translating on goddess workshops, sending gratitude to mother earth in the form of an Aztec dance in Parque Alamillio, and as previous readers will know, living the simple life in Aroche accompanied by Lucero the artful donkey. 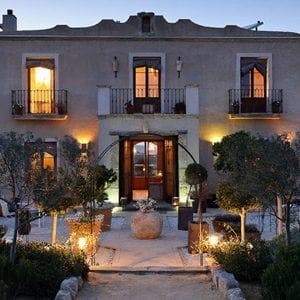 But one of the most unexpected turn of events that has happened was after a chance encounter at a wedding at Casa la Siesta in Vejer. This stunning country boutique hotel, oozes luxurious living from every pore, catering to an upmarket clientele after being featured in Tatler’s Top 100 hotels. But my horsey curiosity was pricked after I noticed at the bottom of the well manicured gardens nestled a small stable block, exercise ring, a couple of horses and a pony. On closer inspection of the information provided in my room, I saw that Casa la Siesta had their own horse sanctuary  tiny in size, but a sanctuary none the less, housing five horses that had been left in various states of starvation and neglect in the local area. Later that day I was introduced to Simin Nadjafi Hinrichs, who it turned out was not only in charge of returning the once abused and abandoned steeds to their former glory, but also training them in Natural horsemanship.

‘ Natural what?’ you might say. Natural horsemanship more commonly known as ‘horse whispering’, is a way of communication between horse and human based on working with the innate psychology of the horse and the often forgotten intuition of the human, creating a silent language which is both gentle and effective at the same time. Body language plays a huge role in proceedings, as does confidence, leadership and fairness. There’s no place for the brute force so often used in the process of literally ‘breaking’ a horse into submission. And most of the work happens on the ground, so perfect for non-riders are well as accomplished horsemen and women.

So here in the middle of Cadiz, this motley crew of equine outcasts are lovingly being restored to their former glory. But that’s not the end of the story. Now it’s time for them to teach us humans a thing or two. Casa la Siesta are trying to find a way to maintain the upkeep of the horses, and as well as accepting donations from generous guests, they are offering natural horsemanship workshops, where interested parties can learn the basics of this subtle form of communication, through working with the very same animals that the sanctuary has saved. According to Simin, horses are like mirrors, ‘look into the eyes of a horse and you see yourself’ she says. So contrary to what you may think, natural horsemanship isn’t just for the horsey set but can also be a form of general personal development. Granted some come on these courses for horse related reasons such as wanting to conquer a crippling fear of horses or to work on certain issues they have with their own animal, but others sign up to learn human leadership skills or to work on confidence issues or anxiety.

What touched me the most was that here at Casa la Siesta equine potential is not measured by how well the animal is bred, whether it can turn on a sixpence or how high it can jump. Each animal has something to teach us humans, we only have to listen. Take Toffy for instance, the cute looking, chestnut pony. Toffy does not suffer fools gladly, and any wobble in confidence by the human on the ground is met by a flick of the tail and a general disregard for any instruction you may give. Toffy may be tiny, but he is never to be underestimated, and course participants often learn the most from their time with this dinky little fella.

So if you feel you want to open yourself to something completely out of your normal comfort zone, while staying in a gorgeous, luxury setting, and at the same time helping to keep a unique equine sanctuary going, then a weekend break in Casa la Siesta guided by horse whisperer Simin, may just be the ticket. And who knows, you may come out the other side wiser, and more in touch with yourself than when you arrived.