A RECORD number of Spanish people moved to Germany last year, faced with soaring unemployment and economic crisis at home.

According to figures from the German Federal Statistical Office (Destatis), the number of Spanish immigrants arriving in Germany in 2012 increased by 45 percent to 29,910.

That was the greatest number of Spanish entrants to Germany since Destatis first compiled the statistical series in 1996.

More than six million Spaniards were out of work in the first quarter of 2013, with the jobless rate hitting a record 27.2 percent.

Overall Immigration to Germany reached a 17-year high in 2012, with waves of Poles, Romanians, Bulgarians and Hungarians also heading to the EU economic powerhouse.

But the greatest increases came from peripheral eurozone countries such as Italy, Portugal and Greece. Some 4,000 more immigrants arrived from Portugal in 2012, while 10,000 more came from Greece and 14,000 from Italy.

“Until recently, Germany was an emigration country, but now people are flocking to Germany in search of work, as their home countries are mired in recession,” said Wolfgang Nagl, a labour market expert at the Ifo institute. 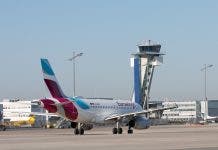 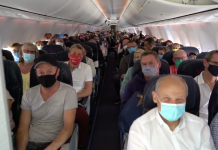