A COUPLE have been imprisoned after police uncovered a crime ring involving the smuggling of babies from Morocco into Spain for sale.

The married couple were sentenced to two years prison and fined €3,240 for their involvement in the purchase of a baby from Ceuta.

The Malaga based couple contacted a pregnant woman in Ceuta, who agreed to sell her baby for €3000.

The mother gave birth in a private house in Ceuta and the baby was then handed over to the husband in exchange for the cash.

The case only came to light when it was mentioned in conversation to a police cadet who was visiting Ceuta.

He advised his colleagues and officers were then able to stake out the house and wait until just after the baby’s birth before making the arrests.

Guardia Civil have managed to trace a total of 28 babies which were brought into Spain from Morocco, mostly via Melilla, and then sold.

Couples would pretend to be the babies’ parents and enter Spain with false documentation before selling them on. 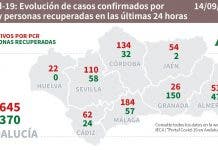 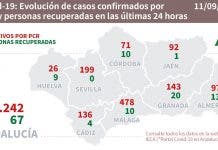 Andalucia sets COVID-19 record with more than 1,200 cases in 24 hours – but has among lowest incidence rates...