HE has been one of the coast’s most colourful characters for years.

Regularly hosting charity auctions and appearing on radio phone ins, he even had his own restaurant column in a local newspaper.

But now things appear to have come unstuck for ‘Sir’ Nigel Goldman with police and lawyers actively seeking his whereabouts.

The self-styled poker wizard, who dealt in gold and coins, has allegedly fallen foul of regulators by offering bad financial advice and leaving investors empty handed.

Spanish police are now probing two of his financial companies – Harvard Private Client and International Financial Investment – with Goldman allegedly fleeing the country back to the UK.

A separate police report has now been filed with Action Fraud UK.

Two victims alone, expats Roy and Jennifer Feather, claim to have lost €550,000, while another Geoffrey Whitton claims to have lost over €20,000.

“I’d like to find him and get my money back,” said Whitton, a writer, from Cornwall, currently based in Madrid.

According to Marbella lawyer Antonio Flores of Lawbird, there are ‘likely to be’ many more victims.

Public school educated Goldman – who lived in an upmarket Elviria development and drove a Mercedes – certainly had pedigree. Indeed, he penned a biography High Stakes, chronicling how he lost £14 million and served two prison terms for fraud.

But after arriving on the Costa del Sol over a decade ago he claimed to be a reformed character and reinvented himself as a stockbroker and gold trader and could often be seen at fairs and conferences buying and selling coins.

He maintained a high profile, via his charity work, including the hosting of this year’s Positively Pink Ball and had a restaurant column in the Euro Weekly News, with his sidekick – a well-known Costa DJ.

He travelled the world to attend his beloved poker tournaments and his friends included singer Stephen Lloyd Morgan and Nick Holland, as well as former cavalry officer James Hewitt and Sir Mark Thatcher.

He and the latter had at least one thing in common. They both had knighthoods, although, as he often bragged that his had been bought, meaning he could use the prefix ‘Sir’ before his name and use it on his email and even on his credit cards.

His dealings went mostly under the radar for years, despite a number of posts on the Internet.

It was only when he set up a new business International Financial Investment PLC, based in Tangier, earlier this year that he started to run into trouble.

Despite not being regulated he was encouraging people to invest in Morocco.

It seems the Spanish authorities finally got wind of what he was up to and shut down the operation. Goldman confirmed to friends this summer that both his bank account and paypal facilities had been ‘frozen’.

Almeria-based journalist David Jackson has been highlighting Goldman’s activities for the last year on his blog.

“I have been contacted by several people who claim they have invested money in his company and are now trying to get hold of him.” he told the Olive Press.

“These included several elderly people who have invested their life savings.”

He insists that he has refused to remove his blog despite Goldman phoning him up angrily threatening to sue him.

One restaurant Frankies, in Marbella port, banned him from the weekly tournament in September after he was caught marking cards.

Its owner said: “Scottish Jim nearly swung for him, he had taken a couple of hundred off him before we realised. He is blackballed now and is no longer welcome at any of the poker places in Marbella.” 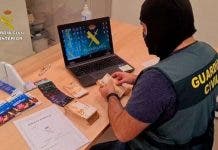 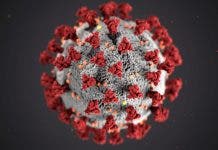