IF you’ve found the home of your dreams on the Costa recently, especially at a bargain price, congratulations! But, buyer beware, as you could be liable for an extra tax demand any time in the next four years…

You’ve looked at lots of houses since you began your search for a home on Andalucia’s wonderful coastline and have just seen a property you love. Even better, the owner is willing to offer a juicy discount on the price for quick completion. Your lawyer has run through all the legal fees and taxes you need to pay. And your budget covers all that and even leaves you with money to redo the bathrooms or have a new kitchen fitted.

But there is one other cost you may have overlooked and which can prove a not-so-pleasant surprise in the future: ‘complementary’ tax (known as liquidación complementaria in Spanish). This is a demand from the tax office (Hacienda) to pay an additional amount of Property Transfer Tax (ITP or impuesto de transmisiones patrimoniales), if there is a significant difference between the fiscal value of a property and that bargain asking price.

Everyone who buys a property in Spain is obliged to pay ITP which, since January 2012, has been levied in accordance with a sliding scale of 8-10% of the selling price. Spanish law, however, stipulates that the tax should be calculated as a percentage of the ‘real value’ of the property. The problem is that, during the housing boom, the fiscal value was almost always lower than the selling price. Since the onset of the financial crisis, however, as house prices have fallen, there is a good chance the bargain price you have agreed to may be less than the fiscal value of the property, which could give rise to a problem with the tax office.

If the amount that appears on the deeds is less than the fiscal value of the property, meaning the ITP was also lower than it should have been, the Spanish tax authorities compare the selling prices with their own valuation (valor fiscal). When they find a discrepancy between the two, Hacienda sends a letter notifying the buyer that they are liable to pay tax on the difference between the sale price and the fiscal value.

If you receive a complementary tax demand, you have the right to appeal against the fiscal value determined by the authorities, but you must reply to the official notification letter and have just 30 days to do so.

The general decline in property prices across the country, coupled with a tendency to over-inflate valuations in hotspots like Marbella and Estepona, has left some people who managed to pick up a bargain with an unforeseen, extra tax bill, just as they are making themselves at home in their new house. 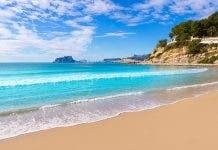 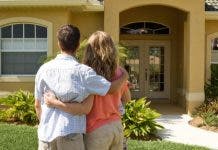 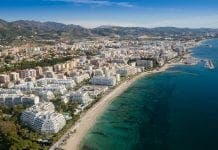