SPAIN is proving a much more attractive destination for Romanian migrants than the UK, according to a data agency.

A total 96% of those moving to EU countries choose destinations other than the UK.

A report published by the National Institute for Economic and Social Research (NIESR) in 2013 found that the main destination choice for Bulgarian and Romanian nationals was Italy and Spain.

Between 2006 and 2007, the year that Romania joined the EU, their Italian presence almost doubled.

As with the UK, Spain has now lifted work restrictions. But it is already home to one million Romanians and Bulgarians. 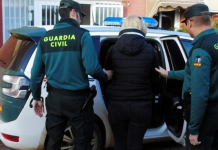