JOHN LEWIS is making a new push into Europe as it has ‘a cracking start to the year’ as consumers splashed out in the post-Christmas sales.

The company has announced it is launching a totally new French website and that it has other plans for expanding into Europe this year.

It comes after total sales for its department stores were up 23.6% on last year in the week ending 4 January, to £113.4m.

The retailer’s total sales, including online, were up 15.8%, while Waitrose also performed strongly with a 9.3% increase in sales over the week.

Managing Director Andy Street, also confirmed that John Lewis is likely to open a store outside of the UK within the next decade as part of the growth plans that will see the retailer almost double in size.

By 2023, Street said that John Lewis is likely to have 65 stores, compared to 40 at present, with annual revenues increasing from approximately £4bn at present to £7bn.

“It will still be predominantly a UK brand, let’s be absolutely clear about that,” he said. “I think we will have moved from taking baby steps to slightly more grown up steps internationally.”

In 2013, the store made its first steps to market itself to the huge Spanish expatriate market, beginning its campaign with the Olive Press, both online and in the newspaper.

Initial success of a short Spring campaign was added to with an Autumn/Winter campaign.

The buoyant figures for the company overall come after John Lewis enjoyed a record-breaking Christmas, boosted by strong sales of kettles, coffee machines and iPads. These appliances continued to sell well after Christmas, the company said, with consumers snapping up discounted white goods, as well as smaller kitchen goods and tablet computers at full-price.

At Waitrose, New Year resolutions appeared to be kicking into full swing, as customers filled their baskets with vegetables, porridge oats and green tea. Sales of kale, the so-called super vegetable, currently flavour of the month with health-conscious celebrities, were up 58% on last year, while spinach sales rose 13%, garlic 15% and savoy cabbage 17%. Sushi sales were reported to be up 343%.

John Lewis also said fashion, including its own branded clothes, had performed well, with sales up 28% on last year.

“After getting off to a cracking start immediately after Christmas our clearance sale performance continued to be strong last week, resulting in an outstanding 23.6% on last year,” said Barry Matheson, director of retail services at John Lewis.

“This was despite horrendous weather conditions throughout the whole of the New Year period which did nothing to deter customers shopping with clicks or in bricks.”

Waitrose reported this week its best ever Christmas, making a record £51m on 23 December, with 22,000 items going through its checkouts every minute. 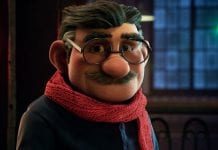 Keep an ‘aye’ on the pound