OVER half a million Spaniards have mortgages that have a greater value than the property they used the loan to purchase.

This means that If they lose their home, they would still be indebted to the bank, according to financial comparison site Kelisto.es.

It is a situation that the company predicts will get worse, and a trend which has increased from affecting 0.3% of mortgage holders to 9.5% in the past five years.

Estefanía González , responsible for personal finances at Kelisto, said: “The number of people affected has not stopped growing.

“The most significant increase occurred in 2011, when the number of “bubble” mortgages grew a spectacular 847% over the previous year.
“In terms of money, the estimated figure has been put at 13 billion euro, with the estimated average difference in the value of the mortgage against the value of the property being in the region of 22,216 euro. This is based on an average mortgage of just over 100,000 euro.

Homeowners in Catalonia and Madrid are the most affected by the phenomenon, with housing valuations falling 47.2% and 43.4% respectively.

Third on the list of most affected regions in Valencia, where 11.6% of the total number of properties which are now worth less than the mortgage are located, a total of 67,181 homes, slightly ahead of Andalucía with 66,418, but considerably ahead of the next in place, Castilla y León, with 26,668. 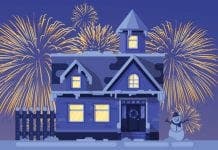 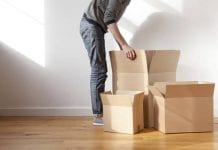 You are now better off buying a house in Spain than renting long-term, new figures show