THE British millionaire who claims he was set up in an elaborate sex assault ruse to ransack his home has been reunited with most of his possessions.

Marbella-based Shoja ‘Sacha’ Shojai was made to pay an incredible €5,000 for the storage of his stolen items –including artwork, furniture, Persian rugs and more – in an Estepona depot while waiting for a court order for their return.

His €7,000-a-month rented mansion was completely emptied while he was being detained by police, the day after the nine women reported him for domestic abuse.

Sacha insists their claims that he kept them in his home as slaves are ‘crazy lies’ and a set-up to steal his entire belongings. 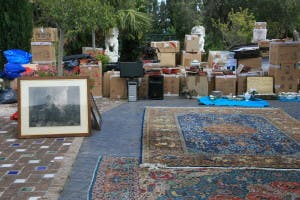 Mountains of boxes, including at least ten sewing machines, computers, original paintings, crockery sets, silver cutlery, towels and suits, as well as 75 Persian rugs each worth in excess of €50,000, were unloaded into his front garden.

However, he claims €4.5 million worth of jewellery was taken separately and not loaded onto the removal lorry, meaning he has not been able to recover it yet.

The return of his possessions took two lorry trips and the help of 15 men to load and unload, as well as police supervision. 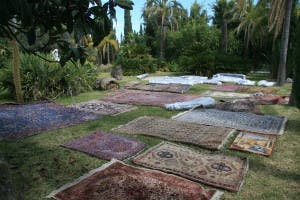 “It is incredible how they boxed up and loaded all of this stuff in just one day, when it usually takes me a month to move house,” Sacha told the Olive Press, while members of his family helped unload the truck.

“I just cannot believe it, everything was taken, even my cups, my towels, all of my books. Everything.

“Hopefully the police are going to issue warnings about the jewellery, which mean they are alerted if somebody tries to sell it.” 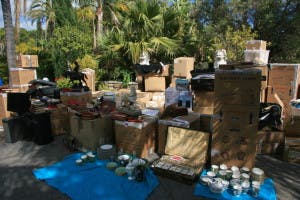 He was evidently relieved to see his many things returned home, and the Olive Press was even treated to a Burger King lunch at the home in Sierra Blanca, one of Marbella’s most luxurious estates.

Despite being the same firm who boxed up all of his belongings and sent them on trucks to Berlin, staff at the removal company still waited around for a tip after finishing unloading. 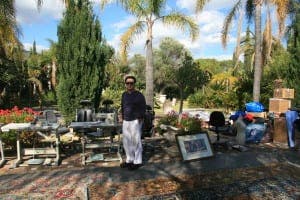