AN Andalucian hotel has been named as Spain’s second best, according to a global traveller’s website.

Hotel Molino del Santo, in Benaojan, near Ronda, has been voted the country’s second best and scooped a coveted TripAdvisor Travellers’ Choice award.

Delighted Andy Chapell, who has owned the hotel for 27 years with his wife Pauline Elkin, told the Olive Press: “We’re so grateful to our staff for their hard work, because without them the hotel just wouldn’t be as good as it is.”

“What’s most important to us is attention and a personalised service. We like to look after people.”

Of the 25 best in Spain, nine hotels are in Andalucia – more than any other region. Over half of these are current or former Olive Press clients.

Barbara Messing, chief marketing officer for TripAdvisor said: “Travellers have millions of hotels to choose from and quality of service is a way to stand out from the crowd.

“It is clear from reading our reviews of the hotels that when you have a happy customer, they spread the word.”

She had this to say…

“I visited Molino del Santo for a holiday – without introducing myself as a journalist – so no special treatment there!

“And I was genuinely astonished by the quality of the hotel, the care and attention the staff give and the beauty of the location.

“It is wonderfully laid back and comfortable – and the food was amazing – so it comes as no surprise that the couple’s hard work has been recognised on a global scale.

“And no, I didn’t fill in a review form with TripAdvisor, just in case you wanted to know.” 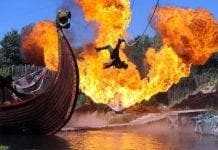 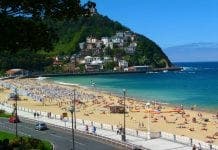