WHAT began as a hopeful campaign in a tiny northern village in Spain has taken on huge significance under the eagle eyes of a global audience.

Castrillo Matajudios – or Jew Killer Camp – hit the limelight when Mayor Lorenzo Rodriguez Perez decided it was time for a name change referendum.  And as the 56 elderly residents placed their votes, the world looked on with bated breath.

“We had no idea that this would be something that would gain worldwide attention,” said the mayor, who warned he would resign if his proposal was rejected.

And journalists flocked to the village in Castilla y Leon to witness the outcome of the vote for themselves.

With a result of 29 votes in favour to 19 against, the residents decided to abandon the 400-year-old name of Matajudios, and with it a small part of Spain’s more violent past.

Indeed, across this nation, town and family names stand as symbols of its incredible history, from bloodthirsty dictator Franco and the slaughtering of ethnic minorities, to Muslim fiefdoms and Moorish rule.

A dark past for Jews

The name Matajudios is a remnant of the dark history of Judaism in Spain. A history that includes centuries of expulsion, forced conversions, massacres, pogroms and the infamous Spanish Inquisition.

It may seem strange for a village with such an anti-Semitic name, but Matajudios’ coat of arms and flag both bear the Star of David – hinting at its complicated Jewish history.

“We can’t carry a name that suggests we kill Jewish people when we are completely the opposite,” explained mayor Rodriguez. “This is a community that actually sprang from Jewish roots and its descendants are the descendants of Jewish people.”

The village – originally Mota Judios, or Hill of Jews – was founded in 1035 by a group of Jews fleeing a nearby pogrom – a mass slaughter. As a result it was predominantly Jewish for more than 400 years.

But in 1492 Queen Isabella and King Ferdinand expelled the Jews from Spain, and for this prosperous Jewish town the threat of religious persecution was overwhelming.  Following the expulsion, the history of the village’s name becomes a mystery.

One argument, put forward by archeologist Angel Palomino says that the name was changed to Matajudios in 1623, but by Jews who had stayed and converted to Catholicism.  “The descendants of the Jews changed the name so as to portray themselves as the most anti-Semitic people possible at a time when Spain was the most Catholic monarchy of Europe,” argues Palomino.

But mayor Rodriguez believes the name was less deliberate.  “In the 16th and 17th century, there was so much pressure on converted Jews and someone changed one letter around the 16th century and the name stuck,” he explains.

Others believe with one letter difference, it was simply a slip of the pen.

Either way, for Mayor Lorenzo Rodriguez Perez the name change is more than just a change of title. It represents a change of attitude, of perspective, and the start of a new phase in Spain’s Jewish history.

He now hopes to restore the village’s old Jewish quarter, to search for the remains of the synagogue and other buried evidence of the original settlement, and to work out which local family names were originally Jewish – including, probably, his own.

Valley of the Moor Killers

Many voices have risen in dissent of the Matajudios referendum, with a strong argument being that Spain is full of offensive names.

“What’s next?” asked one Matajudios resident. “Are we going to change every name in the country that might offend someone?”

The town of Valle de Matamoros – the Valley of Moor Killers – in western Spain announced last month that it has no intention of changing its name.  “We have never thought of altering it. It is a historic name here – you are born with it and you live with it,” a local official announced.

What’s more, more than 3,200 Spaniards are reported to have Matamoros as a surname.

Dr David Levey, a lecturer in language and linguistics at Cadiz University, argues that these names are so deeply ingrained in Spain’s history that many Spaniards aren’t really aware of the connection.  “If they say the word Matamoros, they don’t make any association with killing Arab people. And I believe it is the same with Matajudios,” he says.

Between 1939 and 1975, General Francisco Franco was an oppressive force in Spain and his memory lives on in town names with the epithet ‘Caudillo’ – meaning leader.

For many, any recognition of this evil dictator was hugely offensive, and in 2009 vast numbers of these tributes were erased from public view.

Jose Luis Rodriguez Zapatero passed a law calling for all symbols of Francoism to be removed, and plaques, statues and monuments were destroyed. Along with them went a number of place and street names.

Most recently Boadilla del Monte, a town near Madrid, scrapped a reference to Franco in the name of its main street, the Avenida del Generalisimo.  It is now fittingly named in honour of Adolfo Suarez – the prime minister who championed democracy in Spain following Franco’s death – who died in March this year.

But many villages have had to keep their names, for practical reasons rather than moral or political.

The village of Bembezar del Caudillo, in the southern province of Cordoba, briefly became ‘Bembezar’. The idea was soon abandoned, however, because ‘it created a lot of confusion with the post’, according to a town hall official.

It is not only violence and persecution that have impacted place names in Spain.

Arabic names are common too – particularly along the eastern coast and in Andalucia – from the Moorish governance of Spain, at various times between 711 and 1492.

Jaen, from Jayyan, means crossroads of caravans, and Algeciras is from Al Jazeera Al Khadra, meaning the green island.

Any name that begins with Ben-, from the Arabic Bani, means son of. For example, Benahavis, Benalmadena and Benajoan, all of which were once Muslim fiefdoms. And the signifier ‘Frontera’ is used for towns along the old border of the Kingdom of Granada.

Jerez de la Frontera and Arcos de la Frontera, in modern-day Cadiz province, were the site of many border skirmishes, as the Muslim dynasty relentlessly fought off its enemies.

Even the name Andalucia comes from the Arabic name Al Andalus – the medieval Islamic state that occupied most of what are today Spain, Portugal, Andorra and part of southern France.

Spain’s history is an intricate web of different cultures and nationalities, and each one has left its mark.  The question is how we treat these names now.

Are they scars on the landscape, offensive and painful memories of violence? Or are they a vital part of Spain’s identity, that to change would be to deny history?

Who could have guessed that the humble village of Castrillo Matajudios would launch a debate of such national significance? 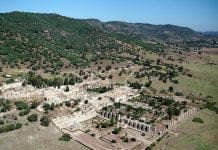 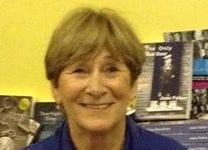