GIANT plumes of black smoke have been seen billowing from the foot of the Estepona mountain.

The flames and thick black smoke are coming from the recycling plant on the Casares road out of Estepona, which has set alight.

Olive Press reporters on the scene say there are more than 20 firemen, and two fire engines, as well as several Guardia Civil officers.

A team of firemen have just entered the building to attempt to put out the fire, while others are dousing the 20m flames in water from outside the building.

A bulldozer has also been called in, to push piles of soil and mud onto the fire to try to smother the flames.

INFOCA have dispatched three aircraft, and a helicopter is also hovering over the scene.

The landfill site is the largest in the western Costa del Sol area.

The flames and plumes of smoke have drawn a crowd of curious onlookers, trying to get a better view.

“I’ve never seen anything like it. The heat coming off the flames is incredible,” said Belgian tourists Kaat Vanhecke and Simon Vanhauwaert.

Email newsdesk@theolivepress.es with any additional information/photographs.

EXCLUSIVE PHOTOS FROM THE SCENE: 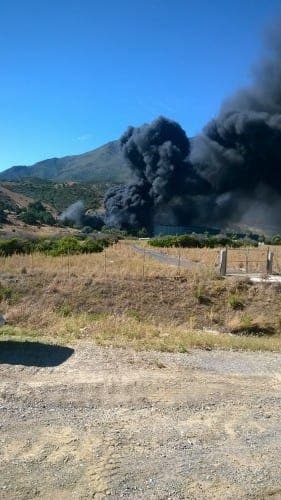 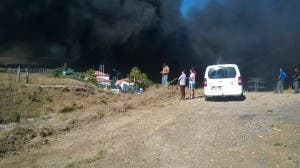 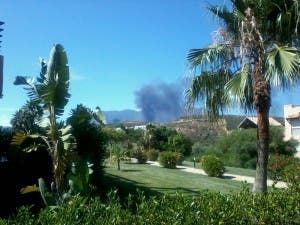 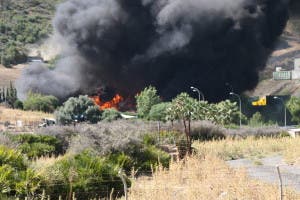 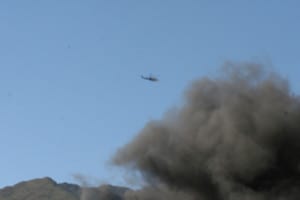