BRITISH Airways and Iberia employees may be facing unemployment as the companies plan massive job cuts.

International Airlines Group (IAG) – the company that owns the two airlines – says that over 1,581 employees are in danger of losing their jobs.

This comes as no surprise after Iberia demonstrated hundreds of employment redundancies this past year.

IAG has, however, been open about the decision, keeping its employees and their unions in the loop at collective bargaining discussions last April.

The decision follows massive losses within the companies from previous years, although things are looking up.

Iberia has halved its losses from last year, while BA showed only £4 million (€5 million) in losses this quarter, compared to last year’s £60 million (€75.7 million). 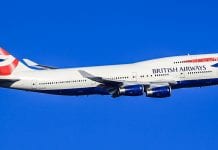 CORONAVIRUS: British Airways ‘fighting for survival’ following UK govt travel advice to Spain while Norwegian could sack HALF its staff