AN Australian tourist had his thigh ripped open during the last bull run of the 2014 San Fermin festival in Pamplona.

The bull – called Olivito from Spain’s infamous Miura breeder – got separated from the pack and gored the 26-year-old, who also suffered severe injuries to his chest. He needed emergency surgery and is still in hospital after the bull’s horn tore straight through him. His condition was described as ‘grave’.

And Olivito didn’t stop there. The 590kg beast chased down two other men – another Australian and a Spaniard – before returning to the pack.

In total, eight people were gored this year, with 35 injuries overall, including English tourist Tom Hadfield. One of the key injuries was to American ‘Buffalo’ Bill Hillman, ironically the author of a guide on how to run with the bulls.

His book Fiesta: How to Survive the Bulls of Pamplona was co-authored by John Hemingway, grandson of Pamplona legend and Nobel Prize-winner Ernest Hemingway. 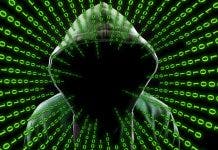 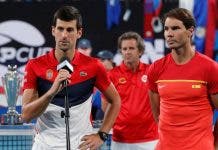 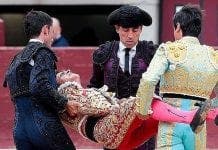 Kirsty Mckenzie - 24 Sep, 2020 @ 10:00
A BRITISH driver was arrested after attempting to smuggle €300 worth of drugs through the tourist hotspot of Marbella.