SULTRY songstress Adele is the latest celeb to hit the party hotspot of Ibiza, but rumour has it she’ll be shunning the foam parties!

The Rolling in the Deep singer is looking for some deep relaxation before the release of her next album, ‘25’.

The 26-year-old star has taken a month’s rental on a luxurious six-bedroom beach pad where she plans to unwind before hitting the publicity trail.

But it’s not all play and no work. Adele will travel back and forth to the UK during her break to tie up loose ends.

The new mum has also announced a 2015 tour after her third album’s release, so let’s hope she catches up on some deep sleep before hitting the road! 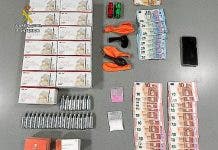