A FORMER Andalucian tax office chief has been arrested as part of Spain’s ‘biggest ever fraud case’.

Angel Ojeda has been charged with forgery, fraud and improper appropriation as part of Operation Oscar, one of many investigations into the scandal.

Police claim that Ojeda’s business network had illegally obtained €49.8 million – intended as funding for training courses – and expect this figure to grow as the investigation continues.

The police report claims Ojeda was leading a ‘very complex business network consisting of more than 50 companies, foundations and associations’ that had received ‘tens of millions of euros’ from the Andalucian government.

Eight other people – all linked to Ojeda and his network – were arrested, including his son, Marcos Ojeda.

The arrest comes just a month after the arrest of 15 more Andalucian officials as part of connected investigation Operation Edu. 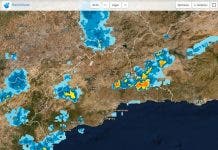