FUNERALS are painful events and shouldn’t involve anymore stress than is necessary.

That is the view of Funeral Care Spain boss Neil Toplis.

The 42-year-old Essex native was inspired to start his Benalmadena-based company – focused on good service and customer care – after the death of a close friend.

Faced with the emotionally-draining task of organising his mate’s last rites, he was given the runaround by Spanish funeral companies.

According to Toplis, funeral companies abroad can ruthlessly exploit expats.

In Spain, most funeral costs are covered by life insurance policies, so when an expat with a non-Spanish policy requires these services, most companies size them up and charge a huge price for the ‘private’ service.

“It’s dog eat dog out here,” says Toplis. “99% of what you hear from Spanish funeral companies is an absolute lie.”

Because of this, Funeral Care Spain – which operates throughout Spain through its list of approved funeral homes – has a policy of all services being ‘available with transparent and fixed prices, to give you peace of mind,’ according to the company’s website.

Although Toplis strives to provide an excellent service, he told the Olive Press that keeping up the business isn’t always easy.

Aside from the usual causes of death like car accidents and illness, times when there are severe changes in weather see more deaths than others, as older people have a harder time adjusting to cold snaps or unexpected heat waves.

“I never get used to people dying,” explained Mr Toplis.

“I’ve even seen people die from lack of alcohol,” he added, recounting a story about a man who suddenly gave up his daily whisky, causing his body to go into fatal toxic shock. 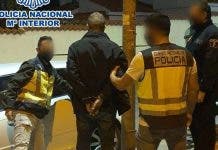