THE most comprehensive map of schools offering the British curriculum around the world has gone live.

Spain – a top destination for British expats – has one of the most complete coverages of British schools in the world, with more than 60.

The map was created by expat advice service Expat&Offshore as a resource for British families who want a smooth transition when moving abroad.

The majority of the schools are scattered throughout Europe, but there are also large concentrations in India, Pakistan and down the east coast of Africa, including Nigeria.

They all follow the British curriculum from Key Stages 2-5 to the end of GCSEs.

More than 1,000 schools are listed on the map, along with important information such as address, website and student population.

A spokesperson for the British School of Valencia said: “Our teaching and training activities reinforce the ties between Spanish and British culture, encouraging the integration of our students and stimulating the person from the academic and personal point of view.”

The map and full list of schools can be viewed at www.expatandoffshore.com/british-schools-abroad 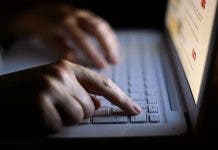