Speaking at a joint press conference Spanish Prime Minister Mariano Rajoy pledged to go to the Constitutional Court to block any Catalan attempt to hold the poll, dismissing the idea as ‘nonsense’.

Asked for her view on the referendum, Merkel said it was a matter of ‘internal politics’, before backing Rajoy’s view.

“I can say that everything he has said in the past and which he repeats now seems very logical to me and is something that should be backed,” she said.

“We (the German government) defend the territorial integrity of all of (European Union) member states, which is something completely different from the independence of a region.”

Catalan officials have planned a referendum on the issue of independence for November 9.

However, Spain’s national parliament have ruled the non-binding poll as illegal because all Spaniards have the right to vote on the secession of a particular region.

But Catalan leaders have vowed to go ahead with the poll regardless.

The Chancellor’s comments fall in line with the European Commission President, Jean-Claude Juncker, who said the Catalan issue was for Spain to solve itself.

EU leaders have also previously said that an independent Catalunya would automatically leave the EU, and would have to reapply to become a member state. 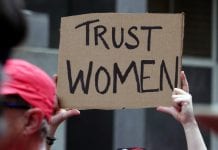