The former journalist and hacker was visited by party delegates at the Ecuadorian embassy in London, where he has been residing since 2012 to avoid extradition to Sweden and the United States.

Assange is wanted by Swedish officials in connection to sexual crimes he allegedly committed and could face a US trial for espionage and treason in relation to his former hacking days.

But now an olive branch has been extended by Spain’s newest political force.

Podemos’ EU representative Tania González and party spokesman Íñigo Errejón met with Assange to offer him their support in his legal battle.

In a statement, Podemos representatives said: “Assange’s situation is an attack on freedom of information and an attack on minimum legal safeguards.

“It reveals the fear of governments who are used to working with their backs to the people, and who are afraid that their practices may be publicized.”

Podemos, were founded in January 2014 and were the surprise package in Spain’s European elections – receiving 1.2 million votes (8% of the total vote) in May. 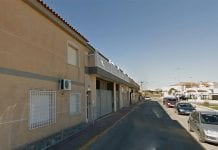 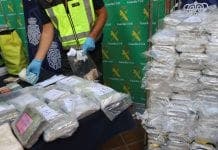 WATCH: Police in Malaga seize 6,000kg cocaine hidden in bananas and recover guns and €300,000 in cash 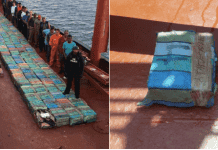