THE incendiary Algarrobico Hotel saga has taken another twist, after a legal judgement ruled work could begin again on the half-built structure in Almeria.

The news comes as a blow to Junta leader Susana Diaz, who previously pledged she would do ‘everything possible to impede’ the construction.

Dubbed ‘Hotel Illegal’ by Greenpeace protesters in 2006, work on the 400-room complex was halted when the Junta claimed land rights were sold under an ‘illegal’ contract and the site – in the Cabo de Gata-Nijar – was protected land.

Developer Azata del Sol is set to complete the 20-storey hotel as the legal battle comes to an end. 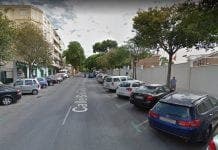 These are the 1,400 NEW car parking spaces coming to Spain’s Costa del Sol 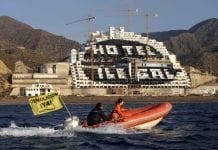 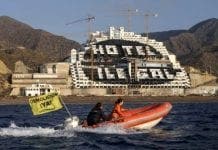