THE average salary in the public sector is almost double the average private sector wage, according to a report from the National Institute of Statistics.

Based on figures published in the newly released Labour Force Survey, the NIS found that the average public sector salary grossed at €2,530 per month last year, as opposed to €1,691 in the private sector, a difference of 49.6%.

Temporary workers fare even worse, earning an average €1,282 per month while those on permanent contracts average out at €2,048.

The disproportion is a reflection of Spanish market trends in which private enterprises tend to offer more temporary and part-time contracts and more low-skilled jobs.

Only 37.2% of private sector employees have advanced degrees and 20.6% have part-time contracts. This contrasts sharply with the public sector, where 66.1% of employees are graduates and only 6.8% work part-time.

Commenting on the difference, an NIS analyst explained: “One of the main reasons for these disparities is that women work on part-time, temporary contracts in the lowest paid industries in much greater proportion than men.” 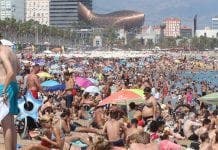 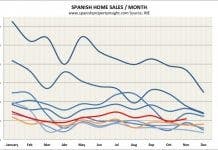 Leaving the Spanish propery crisis behind