SOME days ago, an interesting legal matter was raised by a customer who had received a demand for unpaid community fees on his Spanish property, sent directly to his home in Liverpool.

Delivered by 2nd class post, the letter came from a UK firm of solicitors acting on behalf of the administrators of a Fuengirola urbanization.

It raises an important legal question: can a Spanish Community of Owners legally pursue such debts through any EU Court?

One such law firm specialising in debt recovery seems to have the simple answer to this, stating: “Where defaulting owners are resident in the UK or Ireland, we avoid the delays and difficulties described above by recovering the debt directly in an owner’s country of residence.  “This we do by relying on the European rules permitting debt to be recovered throughout the European Union, no matter where that debt was generated within the European Union”.

The ‘European rules’ referred to are none other than the REGULATION (EC) 1896/2006: Creating A European Order for Payment Procedure, and the lawyers would have invoked Article 2, which says:

‘This Regulation shall apply to civil and commercial matters in cross-border cases, whatever the nature of the court or tribunal. It shall not extend to…claim arising from non-contractual obligations, unless…they relate to liquidated debts arising from joint ownership of property.’

A simple answer to a fairly simple question then?

So we thought, until Spanish judges got involved to upset the EU consensus in a recent seminar held on the matter.

Out of the eight participating magistrates, only one accepted that both the Spanish and EU debt recovery procedures can coexist and therefore, be alternatively used by Communities of Owners.

The dissenting judges argued that, although the EU Regulation specifically deals with this, Spanish laws and tribunals should take precedence inasmuch as:

The matter is of great interest as, once again, the Spanish judiciary clash with EU pragmatic lawmakers who are always keen to harmonize diverse legal systems.

But then, can Spain be allowed to cherry-pick the scope of application of EU laws when it has adhered to them, formally, as opposed to countries such as Denmark which have opted out? 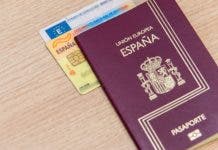 EXCLUSIVE: Spaniards abroad fear for their loved ones back in Spain amid coronavirus lockdown 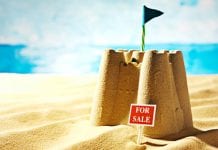