IN another blow to the Spanish monarchy Princess Cristina will stand trial over tax fraud related to her husband’s embezzlement scandal.

King Felipe VI’s elder sister will be the first contemporary Spanish royal to face prosecution in court after a four-year investigation into her husband’s affairs.

Cristina de Borbon’s, 49, and husband Inaki Urdanganrin, 46, have been given 20 days to deposit funds with the courts to cover possible liabilities with the Princess owing €2,6 million and €15 million for the former Olympic handball medallist.

If they do not abide by the order they face having their assets seized.

Both have denied any wrongdoings and although money-laundering charges against the Infanta have been dropped, Urdanganrin still faces those charges as well as being accused of embezzlement, breach of legal duty, fraud and influence-peddling.

The couple and 17 others will stand trial in the case involving Urdanganrin’s Noos Foundation charity through which he allegedly would have embezzled public funds.

This scandal heavily contributed to the royals’ low popularity levels which forced former King Juan Carlos to abdicate this year. 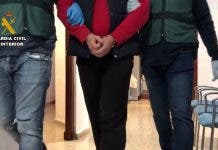 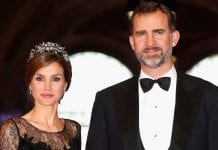