TV chef Gordon Ramsay is seeking legal advice in Spain to combat his own kitchen nightmare.

The Scot has been locked in a four-year legal battle with ‘the worst cafe in Tenerife’ which goes by the name Gordon Ransay’s.

Ramsay claims his own organisation has received ‘thousands of complaints’ due to the imitation restaurant.

One reviewer on TripAdvisor labelled the Tenerife cafe ‘the worst food in Tenerife’ while another said she ‘had to wrestle a big cockroach for a table’.

Ramsay first took legal action against the restaurant in the holiday resort of Puerto Colon in 2010.

At the time a spokesperson for the restaurant – which sells ‘the coldest pint in town’ – said that it had been paying Ramsay to use his name.

Despite Ramsay’s continual protestations, the restaurant keeps thriving as unknowing diners mistake it for the real mccoy.

The Tenerife cafe serves up a full English breakfast for just €4.90 and offers all-day cocktails, while dinner in one of Ramsay’s London restaurants can cost up to €250 per person. 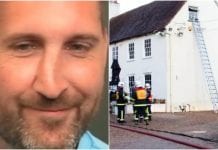 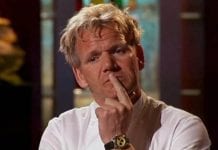 Gaucin: The hidden hot-spot to the rich and famous