IF you’re feeling down in the dumps after the holidays, then this week when you must be feeling suicidal.

January 19 is Blue Monday, officially the gloomiest day of the year, and scientists have a neat mathematical equation for why: 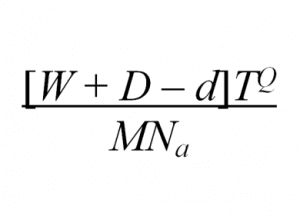 For those challenged by algebra, that’s gloomy Weather, plus bad Debt, minus the number of days since Christmas, squared by the number of New Year resolutions you Quit, divided by low Motivation and a long list of Need-to-dos… in other words, the perfect time to compose a blues song.

It’s a well-known fact that singing has health benefits. Adding lyrics about the bad things going down in your life is doubly cathartic. Here’s something I prepared earlier:

Woke up this mornin’, feelin’ down with the blues
Last night I done had me one skinful o’ booze
It’s a wet Blue Monday ‘n’ that ain’t all the bad news
‘Cus my credit card’s maxed out man
An’ I got holes in both soles of my Jimmy Choos

Blues has a language of its own that doesn’t always translate to the modern age.

It’s fine if you shot a man in Memphis while wasted on whisky. Getting thumped by a nightclub bouncer while off your head on Bacardi Breezers doesn’t have quite the same ring to it…

In the same way, you can be taking the southbound train to Tennessee after wrecking your Chevy at the levy; it doesn’t work so well if you’re catching the bus to Marbella because your Mondeo’s been ‘grua-ed’ by the Guardia.

Wakin’ up is a good way to start a blues number – in the jailhouse, the alehouse or the gutter but never in the Honeymoon Suite of a five-star hotel. You can legitimately be woken up by a little red rooster or a howlin’ alley cat but not by the beeping of your Sony Teasmade.

‘I got me a good man’ is a bad way to begin the blues. If you got a good man, why the hell you singin’ the blues anyway (unless he’s gone to the bad or fixin’ to die)? In blues, good stuff never happens.
Betrayal, jealousy, revenge and death are all good topics – unless you got electrocuted by the Dyson or were stood up on a blind date. That’s not blues, it’s just bad luck.

Mention of the Internet is not acceptable either, even if you ‘done found yourself a hot woman’ in a Chat Room.

Finally, the more ludicrous the situation the better. There’s nothing like a spot of black blues humour to put a spring in your step!

You can lose your leg to a mean ol’ alligator in a Louisiana swamp; you can be bent and paralysed with no legs at all and still be able to rise up from your wheelchair to shoot your woman because she’s taken her love to town. It never has to make sense.

So long as it’s really depressing and it rhymes, you’ve got yourself the perfect blues number to brighten your day!