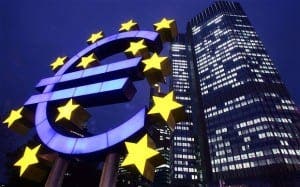 THE European Central Bank is set to buy 10% of Spain’s public debt by purchasing around €100 billion of Spanish government bonds by September 2016.

Bond yields fell to 1.4% following the announcement which also impacted on the rate of the Euro, with the latter hopefully helping to boost tourism and exports.

The drop will also aid homeowners and affect the Euribor interest rate – an average used by European banks to lend money to one another. A decrease in the Euribor rate means lower mortgage rates.

Spain’s current public debt stands at over one trillion euros.

Cristina Hodgson - 12 Apr, 2021 @ 13:30
THE Junta is calling for voluntary vaccination with AstraZeneca for the under-60s. Following Spain’s vaccine strategy U-turn on AstraZeneca use last week, the Regional Health...