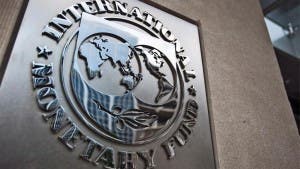 SPAIN is one of only two countries to have their growth forecast raised by the International Monetary Fund which said the country had entered a ‘virtuous circle’.

Spain is considered to have emerged from economic crisis, but the IMF warned that recovery may be threatened by high unemployment and the rise of populist parties.

In its World Economic Outlook report, the IMF predicted Spain’s economy to expand by 2% this year, matching the government’s forecast.

IMF Chief Economist Olivier Blanchard said: “There has been a substantial improvement in competitiveness, due both to an increase in productivity and to a decrease in wages.

“So, exports in Spain are doing well. That’s helping.”