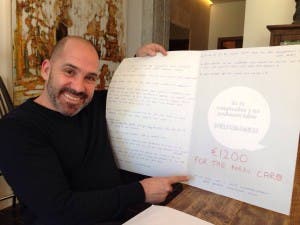 IT was my birthday last month. Previous celebrations have been ‘a little on the wild side’ so, as I continue to age disgracefully, I decided not to have a party this year.

In all fairness, I did spend most of my 20s and 30s acting as if it was my birthday every day, and partying accordingly.

I decided that, this year, I was going to treat myself to a slap up lunch at my favourite venta, and asked the Yummy Mummy if she would care to join me. I was delighted when she she agreed, more so when she offered to buy me lunch at an excellent organic café instead, and even more so when she revealed that she had brought me a present and that I would never guess what it was.

My first guess, that it was some sort of hat, met with a shake of the head; my second, that involved the Yummy Mummy wearing something involving tassels, was met with a steely glare, so I thought the best option to avoid a slap was to stop guessing.

On the day itself, I turned up for lunch to find the Yummy Mummy wearing her biggest Cheshire Cat grin. “You’ll never guess what your present is,” she smiled. I made a final stab at it being Eva Longoria leaping out of some sort of birthday cake, before I was ordered to close my eyes.

I opened them to find a large envelope sitting in front of me. In it was a card and, when I opened it, there were over 20 messages from friends. And a figure.

Knowing that I’ve been without transport since the Freelander went to the great scrapyard in the sky at the end of last year, the Yummy Mummy had rung around all of my disparate bunch of mates – those who are not in prison – and asked them to donate cash for a new car. She had raised €1,200!

To say that I was bowled over was an understatement. In fact, I was so shocked that I was lost for words over lunch. Which, if you know me, is quite a feat!

“There is only one proviso to me giving you this money,” the Yummy Mummy said slyly. “You can buy any car that you like. As long as it’s NOT a Freelander!” 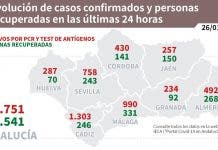