THE Spanish government is selling two Ferraris worth over €500,000 each which are considered too extravagant a gift for former monarch King Juan Carlos I. 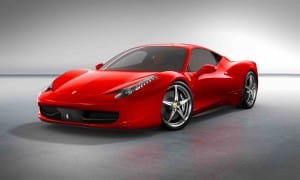 The money raised from the auction will go to the state as if the cars had been confiscated.

The government of the United Arab Emirates presented the two cars to Juan Carlos in 2011 during the Dubai F1 championships.

The proceeds of one car went to the state last November and the Spanish Ministry of Hacienda and Public Administration recently agreed to follow suit with the second.

One of the vehicles had never been used but the other was fully equipped for Spanish roads and was used until it was donated to Patrimonio Nacional in 2012.

Juan Carlos was not obliged to donate the luxury cars but his son, King Felipe VI, enforced a new etiquette prohibiting the acceptance of excessive gifts when he came to the throne last year.