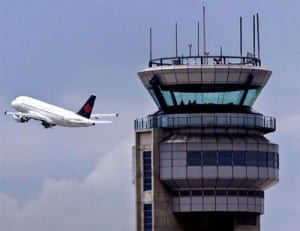 The increased share value gave Aena a market value of €10.5 billion, up from the €8.7 billion.
It is the largest Eurozone privatisation in more than a decade.

More than €1 billion worth of Aena shares – a third of the total amount in the first session – were traded on the Spanish stock exchange in the first day.

“Aena will continue to be a public firm,” said Transport Minister Ana Pastor. “We will not allow the network of airports to be broken up.”

But it has been reported that the stake on offer can be expanded to a maximum of 49%.

Aena’s two main unions – CCOO and USO – have called off the 27-day strikes which were planned between February and August, threatening Spain’s vital holiday season.

It operates 46 airports in Spain – including Malaga, Madrid and Barcelona – and 15 elsewhere in Europe, Latin America and the United States.