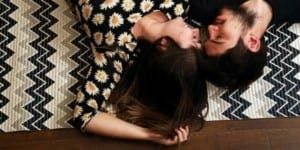 PARIS may be the world’s romance capital, but Spaniards are the most in love, according to new statistics.

Messaging app Viber revealed its Spanish users sent more love-related messages than any other nationality last year, ahead of France, Italy and Japan.

Meanwhile, another study into ten of the most spoken languages found Spanish is the happiest language with the highest use of positive vocabulary such as ‘laughter’ and ‘love’.

The second and third happiest languages were Portuguese and English respectively, according to research by the University of Vermont.