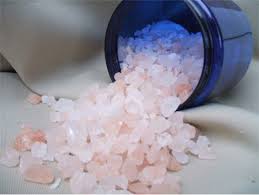 THE largest ever European haul of the ‘cannibal drug’ has been seized in Fuengirola.

Police have recovered more than a kilo of MDPV – or Methylenedioxypyrovalerone – leading to the arrest of at least five people in Spain and Finland.

A synthetic psychoactive drug, MDPV – also known as PV, PeeVee or bath sals – is known as the ‘cannibal drug’ because it can make the user very aggressive, as though possessed.

It is usually classified as a research chemical, although recreational use is estimated to have begun in 2005.

The Costa del Sol investigation was launched after a 48-year-old man from Finland died of a heart attack in a Malaga hotel in July 2013, after taking the drug.

A single gram is enough for 200 doses.

The drug arrived in Spain last summer, when a man in attacked several holidaymakers in Magaluf. A total of 10 policemen were required to restrain him.