ENTERING Gibraltar, you are greeted by a traditional red phone box, a Rock tours information counter and a giant poster of the first and only Gibraltarian Miss World.

Kaiane Aldorino, who first won Miss Gibraltar before the international equivalent in 2009, is certainly something of a national hero.

After fighting off the world’s best to take the crown in South Africa, she embarked on a global tour before her rapturous homecoming, with 15,000 people clamouring to cheer her up Main Street.

In an interview with the Olive Press in 2010, she praised her ‘totally unique, really special’ home. “There is nothing like the amazing views from the top, to Africa and into Spain,” she said. “I also love the beaches, the lighthouse and the people are so friendly.”

Kaiane was awarded the Freedom of the City in 2011, in recognition of her devotion towards the Rock she still calls home, despite the fame and glory.

In fact, Miss Gibraltar has won special awards at International pageants three times, an incredible achievement for such a small nation.

The contest is still an important part of the social calendar, and the first place prize of entry into Miss World is a mouthwatering prospect.

The pageant has been held everywhere from St Michael’s Cave to the Caleta Hotel, while stars such as Albert Hammond, Paco de Lucia and Sinita have performed at it.

But that’s not to say the other winners in its 56-year history are not glowing symbols of the Rock’s worldwide appeal.

Twice in the competition’s history has one winner given birth to another, but only one family can boast three separate winners.

For more information on the Miss Gibraltar pageant, visit: www.missgibraltar.gi 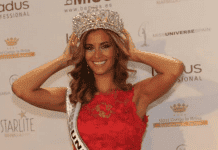 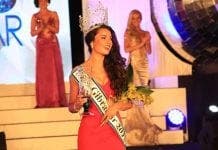 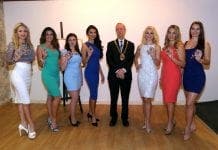 The seven wonders of the Rock: Miss Gibraltar 2015 contestants