SPAIN may not want them, but China is more than happy to snap up the ‘waste’ parts of pigs, in an industry that is growing exponentially. 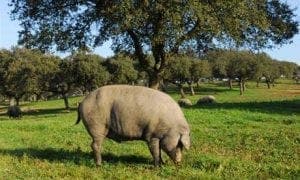 Pigs’ stomachs, intestines and ears are all considered waste in Spain but are delicacies in China.

Spanish entrepreneurs are jumping on this latest trend, which saw exportation to Asia grow by 5.5% in 2014.

It is a new and growing phenomenon, largely due to the fact that there are now 1.3 billion mouths to feed in China, and all of them have a growing taste for pork.

China’s middle class has seen a massive population surge in recent years, and many who would previously have eaten pork once a year  are now now serving it up several times a month.

“We see tremendous potential in this fast-growing industry,” said Javier Serra, economic and commercial counsellor at the Spanish Embassy in Beijing.

Spain is now the third largest exporter of pork to China, after the US and Germany, with several food export companies now finding that demand for pork exceeds wine and olive oil.

Of those exports, an incredible €111 million were ‘waste’ products.