A SPANISH bar owner has faced a barrage of abuse following his job advertisement for a waitress which deemed ´big breasts necessary.´ 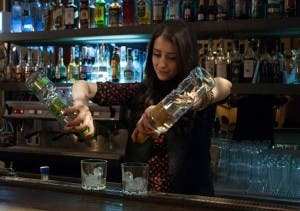 The owner of the bar, based in Asturius in the north of Spain, had posted the advert on website milanuncios.com but was forced to remove it after 24 hours of outrage.

The ad read: “I am seeking a young girl to be a waitress in a small bar – I ask that she have a nice appearance and is attention-grabbing.”

The sexist and discriminatory job announcement sparked outrage among women, yet a spokesperson for the bar defended the decision to the local media.

They said: “Our clientele have certain tastes and we want to cater to them.”