DESPERATE measures have been agreed to halt the number of Iberian lynxes killed on Andalucia’s roads.

Environmentalists warned that the population quadrupling in the last three years has been outweighed by the number killed in road accidents.

Last year alone, 21 of the 27 lynxes which died in the region were hit by motor vehicles.

Now the Junta and the Ministry of Public Works have announced reduced speed limits in areas where high death rates have been recorded for the lynx, the world’s most endangered feline.

Signs warning about the animals’ presence will also be erected, while bushes are being cut back to help visibility. Elsewhere, water courses will be cleared to provide easy routes for the animals.

The plans follow the Junta’s decision last September to invest €1 million in a project to protect the rare species.

It is also being promoted across Spain, but the main focus is in Andalucia where the majority of Spain’s Iberian lynx population lives, in Huelva’s Donana natural park and Cordoba’s Sierra Morena. 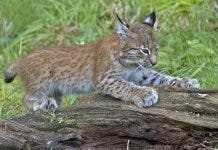 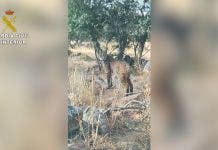