BRITS are cashing in as holiday costs plummet due to the strength of the pound. 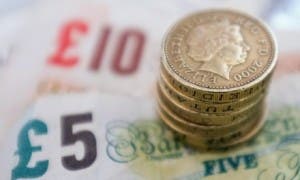 Two years ago, the average British holidaymaker would spend £628.51 whilst on holiday, but now they could spend half of this with the same spending power.

Travel money business Centrrip also revealed that Sterling has seen a 107.3% increase against the Russian Rouble.

Sterling has increased in value against 14 other major currencies, rising in value between 2.25% and 107%.