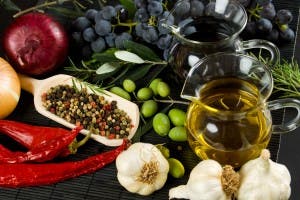 IT’S official. I have ‘espanolized.’

After a good five months in Spain, I am now able to consume copious amounts of olive oil on a regular basis without suffering from any negative dietary side effects (as was initially experienced) and taking a siesta in the afternoon is like breakfast – the most important part of the day which isn’t to be missed. Greeting anyone with a kiss on each cheek, even if this involves facial contact with a full-on beard is what I would consider a normality (this is what British culture sadly lacks – the kissing aspect, that is, not the percentage of bearded males) and I’ve decided that Cola-Cao is on a completely uncomparable level with Cadburys drinking hot chocolate. How I lived without whatsapp in England completely mystifies me and I now resent the task of having to occasionally send the occasional text message.

My attitude towards my own language has changed too. There’s a real desire for students and even middle aged people to gain official qualifications in English programme designed by the European-graded language system that most Spaniards rave about. Before I came to Spain, I didn’t appreciate how strong this desire actually is. I say ‘desire’, but I think necessity is more appropriate. English as a foreign language is becoming increasingly valued in the fight for a job in Spain’s ever precarious labour market. Employers scrutinize job applications for candidates’ proficiency in the English language, where a B1 level (the third highest level) is often frowned upon as the minimum requirement and it’s not uncommon for job interviews to be conducted entirely in English.

In university life too, English is becoming an important factor. Around Granada you can’t help but notice the rather ugly-looking language academies dotted along streets with their monthly fees neatly displayed in the windows, glaring out at onlookers. Plastered to lampposts and billboards are the remains of less formal advertisements for private English classes and individual speaking and language tuition, more often than not accompanied by a number for that all-important whatsapp request. I had to take my own advertisement off the mil-anuncios website as I was continuously receiving a string of whatsapp messages and emails from people who wanted help with their English. Having already give a few private classes throughout the week, it would have been impossible to take all of them on.

My experience so far here has made me feel so grateful that I’m a native English speaker.

The demand for learning English and taking formal language exams in this country is incredible and at times I’ve been a bit fazed by it all. I’ve been out socialising with Spanish people where English will crop up in conversation and tense discussions will erupt about who’s got which level, who’s passed what exam and who needs enroll at which academy where and when.

I’m hoping to take my C1 in Spanish in July, but if I said this to a lot of my friends back home they probably wouldn’t have a clue what I’m on about. In fact, I doubt a lot of Brits actually realise that there exists an official European language programme whose qualifications involve the simplicity of a single letter and number. I say simple, but behind the initials and digits there’s got to be a lot of money, time and effort involved. Not to mention a fair few whatsapp messages too.