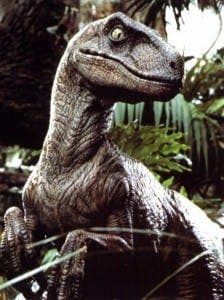 WE are now only a month away from the new flexi-drawdown pension rules in the UK, which also extend to overseas pensions in the form of QROPS.

Whilst much has already been published about the changes, the predators are only just starting to circle in readiness for the unwary.

From holiday companies to porcelain figurine manufacturers, (I kid you not), the adverts have started. Many seem to be going down the ‘you can’t take it with you, so why not spend it’ route. But are people really that naïve? Sadly, I think some will be drawn by the idea that this is money they could not previously gain access to, and will take the ‘why not?’attitude.

I don’t have a problem with people with very small pension funds using them to pay off debt that they otherwise could never escape from. But the thought of a wholesale Viv Nicholson ‘Spend, Spend, Spend’ mentality is just too concerning to contemplate. (Showing my age now!)

Whatever the offer, remember – once the pension fund has gone, it’s gone forever.

Ironically, for a few expats who are Spanish tax-resident and have old enough pension funds of the right type, worth under €400,000, there is the potential to encash fully without any tax being due. We are looking at a minority of people and, arguably for them, this would be worth considering as, with sensible reinvestment, they could secure a much stronger, more tax-efficient basis for themselves going forwards.

Even for the majority, the new rules bring greater flexibility which can be applied to provide optimum retirement planning. For those who are still UK tax resident, one of the biggest boosts comes from the new death benefit rules and the potential for pension funds to avoid UK Inheritance Tax to secure future generations and in certain circumstances, to avoid any tax at all.

One of the frequently-asked questions from people who have already converted their pension fund into a Lifetime Annuity is whether the new rules will help them in any way. The short answer is no! Having said that, voices in government circles are saying this is unfair and should be reconsidered. Whilst I don’t think we are likely to see annuity providers being compelled to offer surrender terms, there is a real possibility that a ‘second-hand’ annuity market will emerge, very much like the second-hand life assurance market. In other words, there may be potential further down the line but not this April.

Whilst I believe the new rules are a very welcome development, expertise is needed to make sure they don’t run out of control. You don’t see L- plates on a Ferrari for very good reason, so if you are tempted by special offers from smooth-talking sales people or glossy adverts, just be careful you don’t crash on the first bend!